In the name ,which is to be lifted high, I now praise you father almighty for creating me,and for setting me apart as your servant that I can tell the world what you tell me. Hallelujah

So we were talking about faith, on how can one receive faith is Jesus Christ, she believes from her experience, that faith is an act of both God and man, faith is union of both of their efforts. God first chooses one person, then he or she accepts him in their life and then God decides to give us the personal experience, so that, that seed which was planted now can grow and bear fruit in his holy name.

However to this thinking I disagreed and told her that she is wrong, faith is free gift from God, but God gives it only to those who have a heart next to him.
And the debate continued, we both supported each other’s statement, with Scriptures and their interpretations.

It didn’t end, no one of us wanted to back off, however as it was heating us, so I said to her that Jesus is the greatest teacher we have, so I’m pretty much sure that he will lead us and show us the way and the truth and the correct answer.

That night I went to sleep, thinking that she has a lot to learn, and she still kept messaging me on what she thinks is correct.

Now that night I had a dream.

“I saw a big conference hall where all the religious were having a discussion , even the pope and the cardinals were there.
At one point there was interval and we were told to exchange seats, and to talk to one another on the discussion which we were attending.
Now a German Cardinal came and sat beside me, and started conversing with me in German, I however have no knowledge about that language. So I tried to converse in English but it did not help.
For neither of us could not make of anything that we were speaking.
Then I saw that the discussion was over and now we were going for lunch.
I saw the pope, and  I greeted him, and he said I remember you. And then we all went to a great banquet hall so full of foods and deserts and what not.
And he invited me and all the others, and said come let us eat together.”
Then I woke up.

I couldn’t make any meaning out of my dream so I asked God to show me what it meant.

A scripture came into my my mind, 1 Corinthians 3.

And I understood that God is creator, and faith in Jesus Christ is his son, is gift from Him. He created us, so he can give us that gift anyway anytime through anyone and anywhere he wants us to give. And for that simple thing we shouldn’t argue or fight, for in that story that German Cardinal who was speaking maybe was right, or I was right, but who knows on which law we were saying that one is right and one is wrong when we cannot understand what we are speaking.

But in the end as the pope (who represents Christ) said come let us have food together and enjoy. It was Christ Jesus who told us come let us enjoy in my body, the greatest banquet which I have prepared for all of you.

So lastly I understood that no one can say I follow Apollo’s or I follow Paul, but we can all say I follow Jesus Christ, for it Is he who is leading Paul and Apollo’s both to lay a foundation or to take that foundation and create the entire church.

Friends I tell you today, that we are all invited for that banquet which Jesus Christ has invited us in.

And he is calling us to unite as Christians and not create any divisions by following the instructions of the Gentiles.

For Christ is One, He is off Father, and the Holy Spirit is off him. Once we receive Jesus truly in our heart (who is Love) we will receive Father (who is the Knowledge and the Law) and we receive the Holy Spirit (which helps us to bear fruit in the name of Jesus).

One God, three persons. Thus if someone says I know Jesus but I do not know the Spirit or I do not know Father, you my friend have not yet received Jesus Christ of Nazareth.

I’m sorry I won’t Judge you, I will just pray for you so that you can see that light of Jesus Christ is the only Light that actually lights the world.

Hallelujah
God bless you all
Amen.

PLEASE SHARE THIS MESSAGE AMONG YOUR FAMILY AND FRIENDS

3 thoughts on “God is one in three persons.”

Friend, do you have anything to share with me? Use this comment section below to share anything with me, or to my readers. God Bless. Cancel reply

Ask and it will be given to you 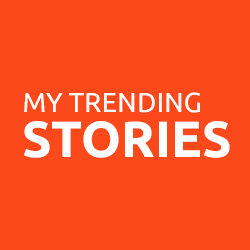 Translate the Message of God in your native Language